I wish I would've been able to get a photo of Tiberius with my "nephew"William this weekend. This was the first time they met. William is 9 months old and Ty's barely been exposed to kids his age or younger let alone kids in general. The first time, he met my niece she was old enough to walk and talk and he was a puppy. He was terrified of her and much less patient, though he wasn't as socialized and mature yet. My friend trusted Ty with him, but to be safe (not entirely because I didn't, but there to moniter stuff) I sat on the floor with them. Ty was very patient, very kind, and very gentle with William. He got curious with him and frequently came over to investigate him and give him a lick on the head or hand. He let Will pat,touch, and even tug on his fur a little before carefully getting up and moving away to plop down a couple feet away until will crawled back over. At one point, Will started to fuss and I held him in my lap (he had taken a fall and was crying) Ty came over to check on him and offered a lick on the cheek which then stopped the crying in surprise. I am so proud of him and so impressed by how well he responded to the situation. It not only means he's come a long way, but how wonderful of a dog/chow he is. For a chow who has never met this child and had practically zero exposure to infants...he responded appropriately naturely. I don't understand how anyone could say these dogs are not good with kids. Again, sorry, no photos, but if you can make mental pictures from what I described...lol

Hello and blessings everyone!!!.. Nice to meet all!!!.. My name is Shannon and I am a new Chow Chow owner, and I am just learning about Chows, My Cinnamon is 20 weeks, and so far she really loves our kids, but she is really wild with them and snaps a lot in a playing way, like with another dog, we are working on training her to play with the kids and us without snapping, and house training her, but other then that, she loves and is very excited about our kids... She is our family and we love her so much, but as I said, she must be trained, but also we are enjoying her and love having her apart of the BELL family... Thanks for reading, and I will upload pictures of my kids with our Gorgeous Cinnamon...
Top

Blessings to all... I said I would post some pictures of our Cinnamon and my Kids plus others I am adding... So here they are!!!.. 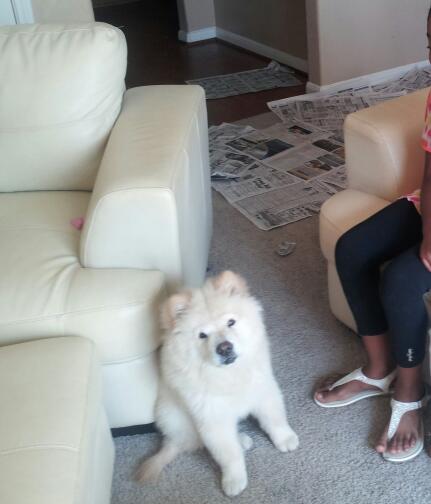 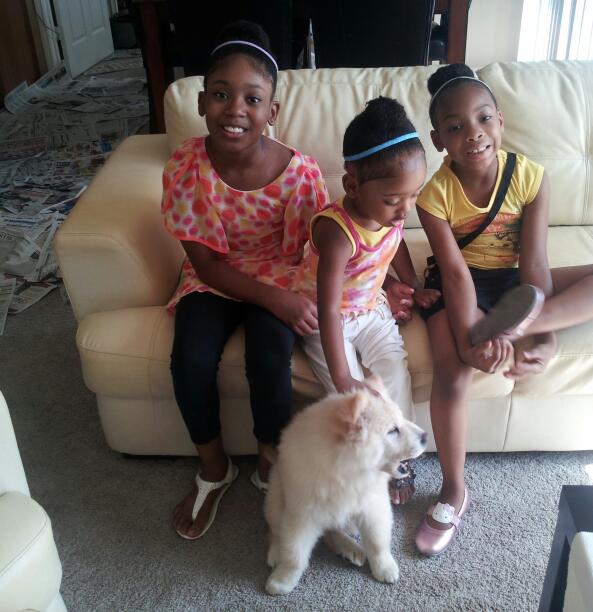 I wasn't able to get a picture of my nephew William and Ty, but I snapped one of Elsa and Will getting to know each other. She's not quite sure about him, but she's curious. Baby steps! She's still only 5 months so kids are a work in progress (she loves adults!)

I enjoyed the pics. Chows are really cute and adorable!
Top 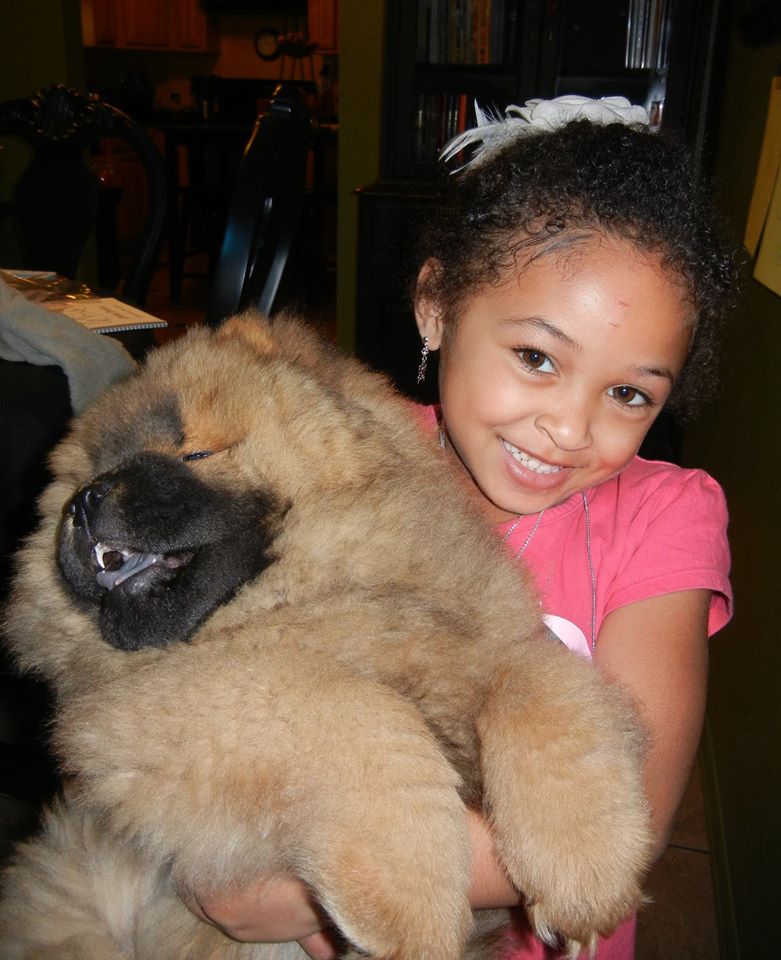