I have had many Chows, but this guy is the first thief I have had! He takes the pillows off the couch at night, drags them through the dog door and leaves them in the yard. He usually does not destroy them, but gets slobber all over them! Also fair game are dirty socks or underwear from the laundry basket if we forget to close the closet door. Lately, he raided my sock drawer...I leave it open in the morning so I don't wake my wife by opening and closing drawers and such. My wife followed a trail of socks through the house and into the back yard! Gus is 7 months old now and no change in behavior. I even tried throwing some nice looking socks and pillows on the floor in the family room so that we could "catch him in the act" and discipline him. Hah! He completely ignored them. He knows he is doing wrong...when I find a pillow in the yard he immediately runs away even before I can say anything! Sometimes he just drags the pillows off the couch and leaves them right next to it...

I know this all sounds cute, but we really have to do something about it! Any suggestions?
Top

I am sorry! This does sound too cute. Don't have a solution except he IS a puppy and will grow up. I suppose he has no interest in toys...just pillows.
Top

Oh no. He loves toys and bones and socks and underwear and the occasional shirt if left within range. He is a non discriminating thief. 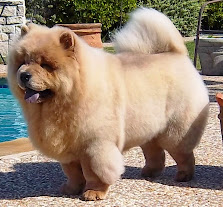 He steals the dirty socks & underwear because they have your scent on them.When your training a dog to retrieve our trainers recommend either a worn sock or an item that you have placed under your armpit this is where a human has the most sweat glands & will give off the strongest scent for the dog to find.Buy one new toy this is your toy you throw this toy & he has to bring it back to you every time he does he gets a treat play for 5 minutes with it twice a day.After the 5 minutes that toy is put away because its yours & you only play with it when you choose to he can play with his other toys but not that one.When he has learnt to bring it back then he can start to learn to work for praise instead of treats.As for the cushion's it could well be a phase he's going through one of mine did that take them off the sofa & put them in in a different room where he cant get them every night make sure he's in the room watching you do it he will soon learn they are not his toys to play with.He is still just a baby & will get up to mischief he just having fun

I have no real solutions but Henry loves bounce type laundry sheets and tissues, he will pull tissues out of the box and shred them, he will roll around the laundry sheets and then shred those (used ones), he's going to be eight this year, its my fault if he gets his mouth on these things, makes me laugh everytime though.

Thanks for the tip on picking up the couch pillows and having Gus watch as I put them up each night. I am cautiously optimistic as he seems to have stopped messing with the couch pillows even when I don't put them up at night. I have had less success with retrieving a toy or using a rolled up pair of socks from the laundry basket for training. He shows absolutely no interest in retrieving anything that I throw for him. If I put it near or even in his mouth while encouraging him to play he ignores it also.

My Clover has sock issues- nothing that has become a problem at this point.. She is a little over 2 1/2 yrs old and has been 'stealing' our dirty socks- she usually finds a fav place or sometimes 2 or 3... that she wants to put them..
Never damages them, just kind of, well, um hoards them. My husband and I work out on average 5x a week, and if it's not flip flop weather.. Well you can see how they may..mount up. I do pick them up when she isn't looking because the look I get when I take to wash them in front of her- is almost of, how could you take my socks away, why? why? Of course, she forgets in a few minutes.
The only awkward part is if unannounced guests come over and it's been a few days without laundry, there are socks balls throughout the house... I do have to say we found my husbands socks 1/2 'buried' in the backyard, had a good giggle...
Top

Don't have a solution except he IS a puppy and will grow up.

Yeah! Whatever - our two will pinch whatever they find that they fancy - so did Milly and Mabel and the first place we look if we mislay something is their beds and 9 times out of 10 it will be there.

I thought of this post today. If
Elsa is given access to the bedroom she will find and fetch socks out of the bedroom.
She'll trot out the living room victorious. It's funny

If
Elsa is given access to the bedroom she will find and fetch socks out of the bedroom.
She'll trot out the living room victorious.

Cocoa used to do that with throw pillows when she was a puppy, head held high, strutting and with a twinkle in her eye.

She does the same thing if she gets a particularly good stick on a walk, struts along all the way home (or until something more interesting takes her attention). Chow girls are such adorable clowns.
Top

I am amazed at these stories. My Loki has always acted like a grumpy old man. He wouldn't play with a thing!!
Believe me, I tried. He even has a chow companion and neither of them would ever think of playing.
Top

Ok...you have basically described my Sundance! He is a sock thief...when I tell the folks at work, they laugh at all his antics. Yes, to the the pillows as well, but he has not taken them out of the house. When I come home from work he is lying near it in the living room. I caught him in the act once. I had left for work...got a little ways down the street and remembered something. Went back to the house and there he was.....coming down the hallway...with my bed pillow in his mouth...dragging it to the living room. Neither of my boys is very interested in toys though...unless they are stuffed.
Top

MeiMei's thievery is of our daughter's make-up brushes. She LOVES to retrieve them from her room and parade around the family room (or wherever we're watching TV) with a brush. She doesn't chew the wood or actually harm them, but putting on make-up with a brush of dog slobber...not cool.