My wife and I rescued Velvet 5 years ago. She was 9 months old at the time and was terrified of people. With love and training she has blossomed into a happy, playful and affectionate (for a chow) dog. We could not love her more, but in the past 6 months or so she's started to exhibit a bad behavior.

Velvet has a strong prey instinct and loves to chase squirrels, cats and any other critter she sees. In the past year, she started lunging at joggers. We used to walk her with just a collar, then we switched to a harness, a gentle leader and now a muzzle. She doesn't seem to be angry or aggressive - in my mind I think she just wants to play, but she has nipped two people (hence the muzzle.) Like most chows, she's as stubborn as can be and we've only used positive reinforcement in her training, so I'm unclear on how to effectively punish or modify this bad behavior.

Can anyone recommend a behaviorist in the NY area (or who can work with us over the computer)? Thanks. 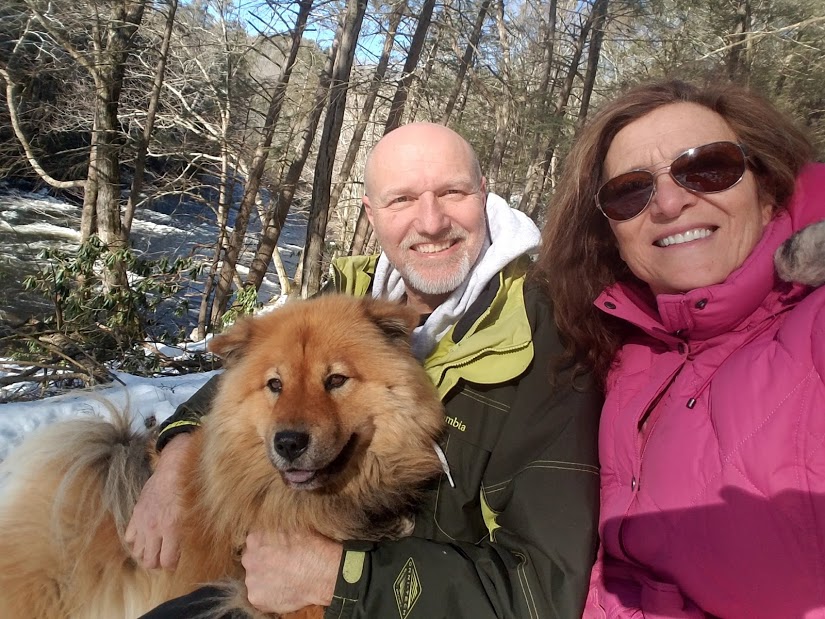 Hello--I don't have a behaviorist to recommend, however, I have had rescued chows. The only method I found to handle rescues after trying everything else that you have already tried is a pronged choke collar. My Sheena (who died at 15 yrs. in 2015) barked, nipped, chased and ate doves, squirrels, cats...and who knows what else before I rescued her off the streets in my city neighborhood. I saw her loose for 1.25 years in the streets until I realized someone had discarded her and weren't just letting her out to roam for the day. Sheena would also go crazy to bite anyone who had brown to black skin and didn't care for men much and even went to bite me in the first few weeks. The pronged collar did the trick w/lots of acknowledgment, love and affection after the correction. It really didn't take all that long before I could just use the gentle leader harness to control her and her pronged collar days were over.

If you are concerned about the pronged collar, place it around your thigh, tug and release; you'll see it doesn't really hurt. Only use it for training purposes or for going on walks and take it off when she is not on leash. When walking Velvet with pronged collar, just one tug quickly and release. If she does what you ask immediately acknowledge and praise her. This will help, believe me! Sheena was able to like people of all colors, even bathed by a dark-skinned person, be walked by anyone, didn't chase or eat birds anymore, heeled, and relaxed quite a bit when we were outside amongst people, children, and other dogs, even when she was off leash in a dog park. I even rescued a male cat which she liked (she didn't care for the females). Now about squirrels...total failure! hahaha. Don't think there is a way to handle that one except w/a pronged collar. I did notice Sheena held back a bit more when I asked her to when she was just on harness.

My new 5 yr. old rescue of 3 weeks just attended the Northern CA Chowfest, and looks somewhat like Velvet. Sandy is becoming a major challenge, found on Interstate 5 amongst the fast moving cars a month ago. She's a mix of some sort w/all the chows independent behaviors. Well, I didn't think about needing the pronged collar at Chowfest but I use it daily now. What a difference.

Look up Ian Grant in Vermont. He has worked with a lot of Chows and their owners with good results and good recommendations
Top
Post Reply
3 posts • Page 1 of 1