Topics, guidelines and tips for coat and skin care and grooming Chow Chows.

does anyone find it hard to cutt their chows chows nails?? princess is so fussy about it and she does not like anyone touching her paws or legs ...does anyone have any tips for this???
Top

My chows don't need their nails trimmed because we live in a neighborhood with lots of concrete sidewalks, and their vet said that walking on the concrete helps to file them down naturally. If that's not possible, maybe your vet can trim them for you. I'm always afraid that I would cut them too closely to the quick, and have them bleeding.

Sometimes dogs behave better at the vet's than they would at home, so if you're not afraid of spending a very small sum, you could just have the vet do it. While there, the vet could also check if there is anything the matter with the way she places her paws on the ground, because, like chunkymonkeys said, a healthy, active dogs' nails don't usually get too long. Or maybe your sweet princess is an older lady?

I do cut that strange extra claw thingy that Chows have. I tire Loo out and while he's semi-asleepI just cut it a little shorter than it was.

@Sarahloo Its called a dew claw. All dogs has it but a lot of breeders pull it out when the pup is only few days old because that s what gets snagged when the dog jumps on something. Its not fair for dogs and can be easily managed by trimming. Imagine your pinky toenails pulled out when your a baby? It sucks.

@Prin_poo. I use a Peticure. Shadow hates having her paws touched so we're still working on it. Grinding the nails prevent us from dealing with quick getting nipped.
Top

The only way cutting Princess's nails will get easier is to put time and effort on this issue. Start touching her paws every day and just do a nail at a time. Before with our previous chows I would take them for long walks to wear them down before. Now I have cut Brutus's nails weekly with a dremel or clipper since he was a puppy. I am always surprised how much they grow each week. I purchase a grooming table with an arm and loop so Brutus doesn't move and now I have both hands free to groom him. This makes trimming his nails easier to say the least. Also, anyone that trims their dogs nails should have a product like Kwik Stop. Sooner or later a nail will get cut to short and it stops the bleeding. I bought it on Amazon over a year ago but just had to use it for the first time when Brutus broke a nail way down coming up the stairs from the basement. It worked great and don't know what I would of done with out it. If you trim them regularly they won't be as prone to bleed since the long nail actually allows the vein to grow longer and then is more likely to be cut.

Kwik Stop is a great product. It's something that you MUST have if you groom your dog yourself. Most likely if you have it, you will never need it. It's when you don't have it that you wish you did.

I agree with the other posters, and i too am a bit nervous about 'over trimming'. 1st off, get your dog accustomed to having his/her feet handled. Grab at them, pull a bit, and touch between the toes so that they don't pull back. Once that comfort zone is achieved, you can think about the trimming.

If done regularly, you are only going to trim the tiniest but. Use a scissor style trimmer, not the guillotine type. Level the scissor with the paw pad. This will almost certainly guarantee you aren't going to short.

The Kwik Stop is on hand for the rare occasion you cut too short. The nail has a vein that runs into the middle of the nail. If you clip it, its not the end of the world. It's not really all that painful for you pup either, but it will bleed and make a mess. Kwik Stop is similar to a stiptic stick that stops bleeding when you cut yourself shaving.
Top

I have found that starting out slow and using treats works well. Start by just getting them used to having their feet touched. Reward them with special treats like chicken. A few minutes working up to longer. When I am actually trimming nails I will give them a jar of baby food to keep them occupied. Some dogs do better with a dremel instead of clippers. Until you can trim them yourself have your vet do them. 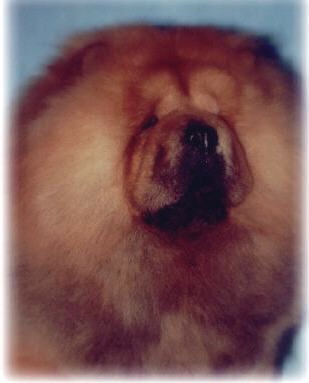 If you have to trim nails then you are not walking the dog enough. Get in shape and start walking.
Top

I think you incorrectly assume that every dog can be walked on a surface that sufficiently scuffs the nails to maintain proper length. Not everyone has a concrete runway or a dog that can walk a mile a day. Walking on a dirt path will do nothing to keep the nails short. Some dogs have hip or knee issues that limit how far they can go. Older dogs may not be up to lengthy excursions.

Even active dogs that do get enough excercise can break a nail and need a clip. A responsible dog owner should absolutely know how to clip a nail and have enough confidence to do so.

Suggesting that a dog owner that needs to trim nails because they are lazy is insulting and uninformed. See Brutus's post. He trims weekly because his dog performs in Confirmation Events. The nail MUST be trimmed short, not to normal length. Fur needs to be neatly cropped to the shape of the paw. Getting a dog used to being touched on the paws is absolutely necessary for any pup.
Top

Trimming nails aren't easy to do by yourself. Sometimes I've had my wife hold our chows while I cut their nails. It would help calm them down plus it would let me have one hand to hold a paw and the other to clip.

While taking them for walks can help the nails, it doesn't address the discomfort or dominate issue. As Brutus grew he didn't like to roll on his side so I could brush his stomach. I believe it a common issue with chows. It really surprised me because Brutus has been handled/groomed a lot since he was a puppy. Sure I could brush his stomach while he stood on the grooming table but I took it as a challenge with treats in hand. I knew it wasn't going to be hard because I taught our last chow to roll over with treats.

I think Michael's Maggie May was just suggesting another method of keeping the nails trimmed not that anyone was lazy. It's also ok if someone isn't comfortable doing it themselves to let their groomer or vet do it.

I agree with Rorys dad I too have kiwi stop but never used it in three chows that Ive had and now a golden, but it's best to have on hand...From a puppy I have always pet my dogs and handled their feet, legs and inspected their ears and teeth, just to get them use to anyone having to check them out ,with patience, praise and lots of treats it worked on all o f them and thank goodness it did cause my one chow had an eye removed and the vet could put her on the table and remove the stitches with no restraint no muzzle , my last chow had to constantly have her mouth looked at due to oral cancer and no problem (and to tell you I think I would have bit the Vet a few time with what she went threw)and my golden her nails grow so fast and believe me she walks a lot and on pavement but she prances and doesn't really scuff her nails, maybe it's still a puppy thing not sure about the prancing , but I have to constantly swipe her mouth of stones, mulch, flowers anything Goaty see's she picks up ..( still working on the leave it command , works most of the time)
It's best to start as a pup but either way start slow and work everyday on it . It will pay off for sure. But if you still don't feel comfortable clipping nails, for a small fee most of the large chain pet stores that have grooming will do it too.

If your Chow Chow needs his nails trimmed make sure you’re careful and that you don’t trim the nails too close as they may bleed.
Wellness dog foods in Australia
Brands of dog foods at Lucky Pet
Top
Post Reply
12 posts • Page 1 of 1