To neuter or not?

To neuter or not?

Hi all, I'm a new user, new to owning a chow (or dog of any breed!) looking for some advice or thoughts on neutering.

Barney (males red chow) is 6 months next week and the vet has recommended I have him neutered (at the same time they perform his entropion operation). I'm trying to find out a little about what experiences people have had with neutered chows and the ages at which they had them done. At the moment, he isn't particularly *Censored Word* (isn't humping everything) but he get very excited by other dogs and i think if i didn't pull him back he would try it on. He has such a lovely personality and I don't want him to lose that or lose his energy. I don't intend to breed from him and the vet has said there's multiple health benefits. I've read a lot of pros and cons but looking for some first hand experience and advice. Anything you have to offer would be welcomed 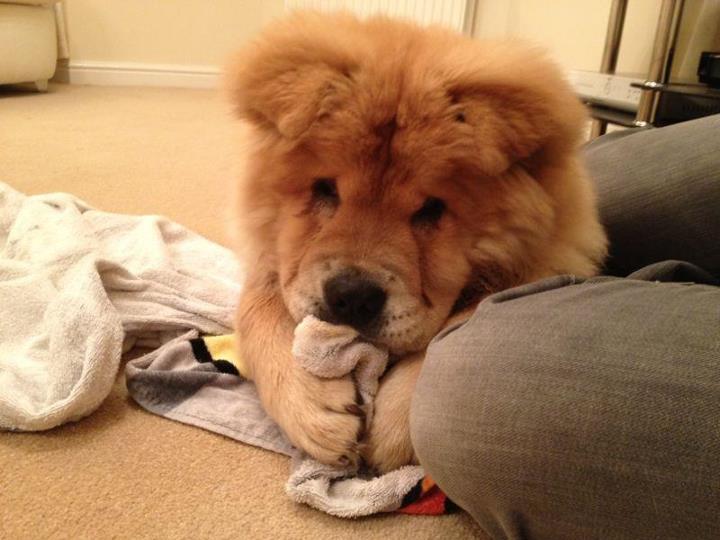 Personally I would have him neutered when he is in for his other surgery, he will already be under anesthetic. You don't intend to breed (he really shouldn't be bred because of the entropion, it's a genetic condition). Health wise it is better to have them neutered and it shouldn't change his personality at all.
Top

I too have to begin the search for a vet that knows about Chows and anaesthetic, Rio has just turned 7 months and he should be 'fixed' I am terrified of him going under as I have heard some truly heart-breaking stories. I will get him done as I believe it is best to have them neutered if you do not wish to breed.
Top

I have neutered and spayed my Chows for reasons of health, aggression and not being a breeder. Male dogs escape and roam when females are in season. Females attract male dogs and produce mixed breeds, just look at any rescue/adoption listing; not that there is anything wrong with Mutts.
Surgery of any type is risky. There was an article a few months back in the Health or General Discussion Forum that mentioned a type of anesthetic that was used along with the standard anesthetic for dogs like Chows.
Does your dogs eye lids roll in to the point that you can actually see fur rubbing the eye?
My Male has several folded layers of skin around his eyes and he has never had any scarring to his cornea after nine years. The first Veterinarian that saw him said he needed to have his eye lids clipped because he had some discharge from the eyes and Entropia is common with Chows.

Humphrey is 6months in October and I am having him done. He puts the Hump in Humphrey at the moment! I think that it is the responsible thing to do and, given that your baby will be having eyelid surgery anyway, it makes perfect sense. It really should not cause any significant personality changes (certainly no more than not having him neutered when his boy hormones really kick in). My breeder told me that fixing causes their fur to grow longer, but chows need a lot of grooming any old how.
Fozz had entropian surgery and her eyes are loads better - stressful but good to get out of the way.
Good luck Barney Boy!
Top

other than the anethesia for the surgery, there is no real down side to having your dog fixed if he is not going to show or breed. done at the right age, you likely will reduce marking, which can be a real pain with an intact male chow. the tendency to mount will also be reduced if done before he develops that habit. if he already does, then if likely wont change that much as its already instilled. just make sure the vet is familiar with chows, and there should be little to no issues.
Top

Thanks guys, this is all really great advice!
He definitely won't be bred, because of his eye condition. The vet I'm using has done a number of entropion surgeries on chows and SharPei's (who he thinks are much more difficult) so I have every confidence in him. It's interesting to hear that your chow has never suffered Wokman. I have Barney's eyes checked regularly and there is no damage at the moment, but I've been told it's risky to leave it (even though they can go on fine). I've had a couple of opinions and both said there was no chance of it self correcting. It is very severe, when I put eye drops in, it's really hard to pull his eyelid out enough. He also squints and blinks alot, and rubs his eyes when he's tired. Great to hear a success story Fozzbear, what age did Fozz have his eye op?
I wasn't too concerned about the anaesthetic to be honest, it's more how he's going to be after his surgery. But i figure it definitely makes sense to have them done together.
Thanks again! Will keep you posted with Barney's progress

Fozz had her eyes fixed at about 10 months, just a month after she got a new kneecap. She has a lot of problems, despite my best efforts at finding a good breeder. Now she can run like the wind (and often does) and it is such a relief not to see her blinking and squinting etc. She is much more comfortable and happy.
Top

I just had my 7 month old boy neutered 2 weeks ago. I was terrified, because when he was a baby he had a slight heart murmur.... but he grew out of it, but it was always in the back of my mind if it would effect him or not going into surgery, but the vet and my wife both assured me it was going to be fine. It only took a week for him to heal up completely. He's still as hyper as ever... actually he's been more energetic than usual (starting a play brawl with his older sister and coming to me to wrestle more often).

The only thing I've been noticing is he doesn't mark as much when taking a potty, he squats a little and runs right back to the porch to come in. Before he was in a marking battle through the fence with the jack-russel next door, now he doesn't even give the neighbors dog a second look.

I say go for it, for health and safety reasons. Only 1 week or so for healing and you're all done.
Top

FozzBear: That's great news! Poor little thing has been in the wars hasn't she, but lovely to hear she's on the mend now and much more happy. Fingers crossed she stays healthy and happy

Does she have any scars under her eyes?
MartMan86: Thank you! That's just what i wanted to hear, that he still has all his energy and playfulness. Glad to hear it all went well for him. The lack of marking seems to be a bonus too

I know it'll be the longest week ever, it's the cone they put on them that's the worst bit. Barney had such a sore neck last time and I was forever cleaning in out, had to hold his food and water bowl up for him, let him in and out the garden as he couldn't open the door himself. He was so distressed, poor little thing. At least having the two done together there's only going to be one lot of that!
Thanks guys!

Both my girls have been spayed as I do not want to breed. I believe it is best for this to be done as it does stop the risk of cancer of the uterus and also of breast cancer. Also they do not have the problem with regular heats and of course pyometra.

My girl, Dixie, was spayed at 6 months old, and my male pom, Todd, was neutered at about a year old when he was taken into rescue. If I could have, I would have waited until they were closer to 18 months old to allow them to develop more beforehand, but I had no choice. Jasper, my mix male, is almost 4 and still not neutered; but he will be once I can save up the money. Jazz has been the only dog to ever put me through the ringer with behavioral issues.... We've dealt with him trying to hump everything in sight, aggression, and resource guarding but now we don't have a single problem with him. Shoot, my brother's pit mix pup is coming out of her first heat and Jazz hasn't paid ANY attention to her (and no, he hasn't been given a single chance to try anything for those that would say something about it). He and my other 2 have still enjoyed the nightly walk that all 4 get together (I have Dixie and Snooki on one side of me, and Jazz and Todd on my other.)