Okay, so about a week ago, my brother was driving and saw something black in the road, as he was about to go around it, it started moving, it was then when he realized that it was two puppies! Someone had just thrown them out to die, when Brother found them, they were scared, cold, and hungry. (I'm so glad my brother was there and has a heart!) Anyway, he brought them home with him, they were skinny, not eating dog food well, and FULL of chicken mites! :/ So, here we are a week later, they've gained weight, they're eating A LOT better, and we're still treating for chicken mites. I have a few questions. I believe they are part Chow Chow, one of them looks more like the breed than the other, but they don't have the purple/black tongue, so my questions are;
1. I have attached pictures of the two puppies, do they look like they could have Chow Chow in them?
2. If they are part Chow Chow, how long will it take for their tongues to change, if they change at all?
3. Is there a better way to treat mites, other than Sulfur?

Anything will be helpful to me!! Please! Thank you!! 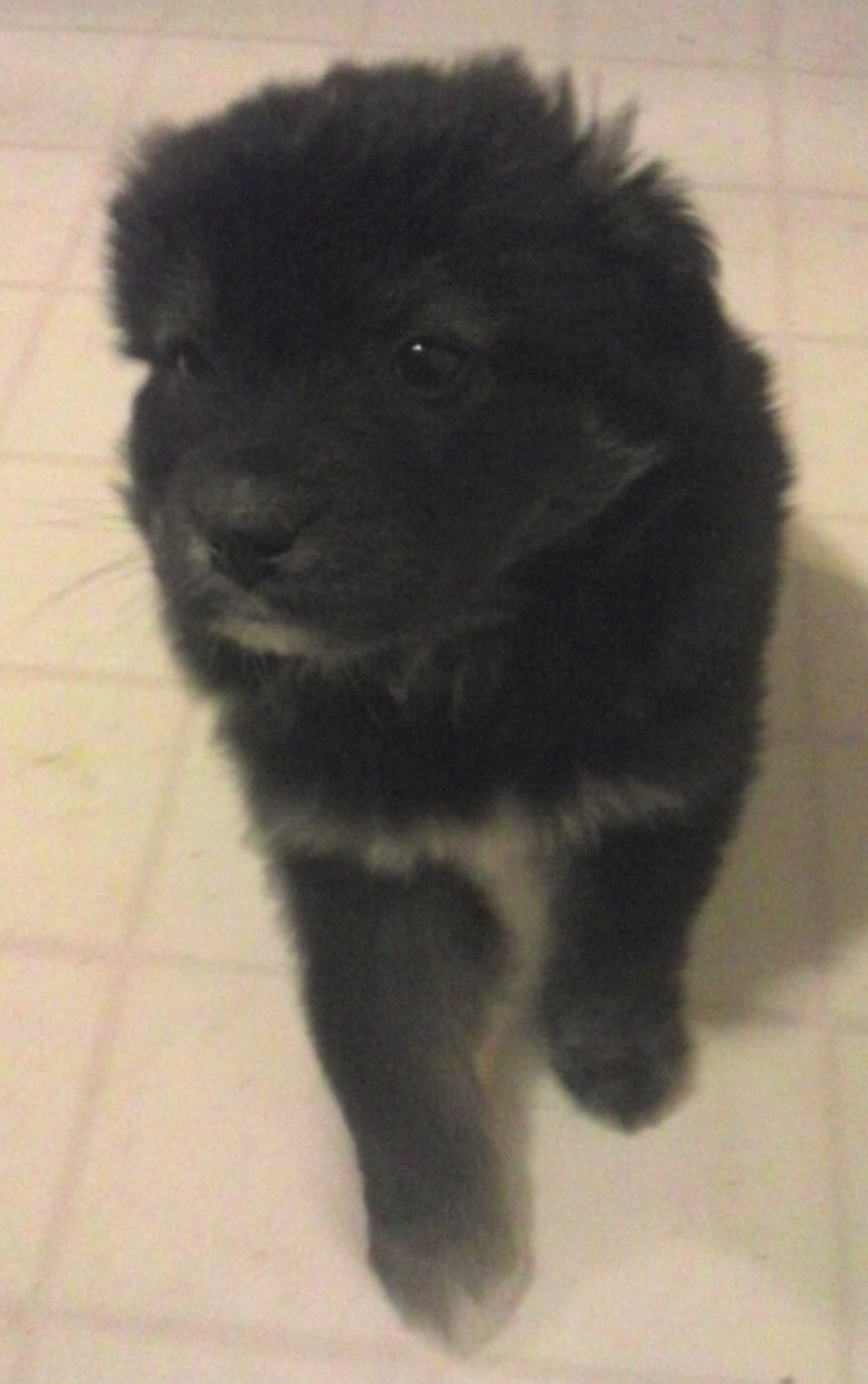 Hi, he looks like a border collie to me! http://lovingarchie.wordpress.com/

Interestingly, someone in my family also just found two pups who are border collies! I'm assuming you've taken them to the vet and everything? They'd be best at giving you advice

I don't think they're border collies, I have one. These puppies look nothing like my other babies. :/ Yeah, I took them today, I forgot to ask what breed he thought they were!! The vet recommended Sulfur, but it doesn't seem to be helping. Might apply more then wait to see if it works..
Top

They could be chow/crosses. Hard to tell at this age. The eyes appear to be dark, so they are around what 7-8 weeks old? They may have just begun weaning which would explain the not eating. Could the vet give you a guesstimate on age? As for their mouths turning dark, normall a black chow pup would have a pretty dark mouth at 8 weeks, but that would be a black pure bred, a lighter pure bred may not have a fully dark mouth until 12-16 weeks or even longer. A mix might take up to a year, and then it may never be 100% dark.

Wait a bit, get some more pics of them maybe a little farther from the camera or being held by someone, (after the nasty little pests are gone) It will be easier to see then.
Victory, Darkwind, (our angel), Firesong, and Dreamdancer

I didn't really ask the age either, but if I had to guess what age I would say 7 or 8 weeks, too. They're a lot smaller than my other 7/8 week old puppy, but he's a Great Pyrenees/Collie mix. I do have one of the puppy being held, but that one is not as furry as the one in the picture, the one in the picture looks more like a Chow than her sissy. I'll see if I can upload one of the other puppy soon! Most of the mites were gone after the first dusting of Sulfur, the poor puppies are constantly scratching, I think the mites are the cause of it and their dry, flaky skin!
The puppy that's the most furry does have the curled up tail, too. That's why I think they're part Chow!

The picture attached is of her sissy, the less furry one! 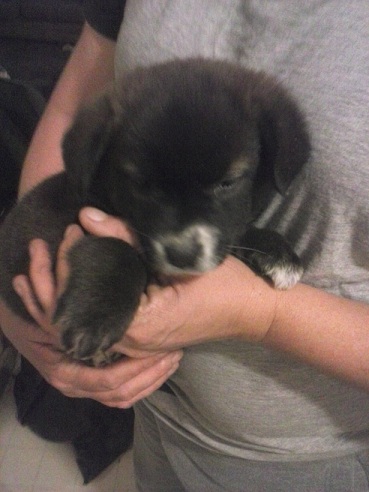 Although the ears are triangular, that degree of flop is unusual even in a chow mix. And the paw does no appear to be very chow like. Eye shape and muzzle are also different.

Cute pups, but i dont see any Chow in the mix.
Top