I adopted a chow in June, she is 6 years old and was an outside dog before hand. She warmed up very quickly to me with in 2 days and follows me everywhere now. Only bad habit is she barks when someone comes to the door, as long as I pet her when someone comes in she doesn’t bark at the person, she gets along with other dogs easily.

An opportunity can to adopt another one, a girl and boy pair. I was going to take the 3 year old girl (very small) because she is super friendly toward people and my mom was going to keep the male since he seems a little aggressive towards people. We went to introduce my dog Sinny to the new female Coco. Coco tried to attack her, so we tried petting her and all that, getting them closer. She seemed calm so they got close and was sniffing each other. Then coco just latched on to Sinny’s face. We managed to get them apart pretty quick. So at the moment I sent both the new male and female back home with my mom but she can’t keep both for too long.

My question is do you let them fight it out for which one is dominant female and after that they won’t fight again?

Or could I maybe put a mussel on the new little female and then maybe after a few days she will realize Sinny isn’t trying to hurt her and then she won’t try to attack her?

Or would it be easier to work with the male to get him more friendly to people and then introduce him to Sinny because I was reading a male and female won’t fight.

I just don’t want to disturb my chow chow Sinny because she is very well behaved, gentle and friendly. I would hate to see her personality change and become aggressive 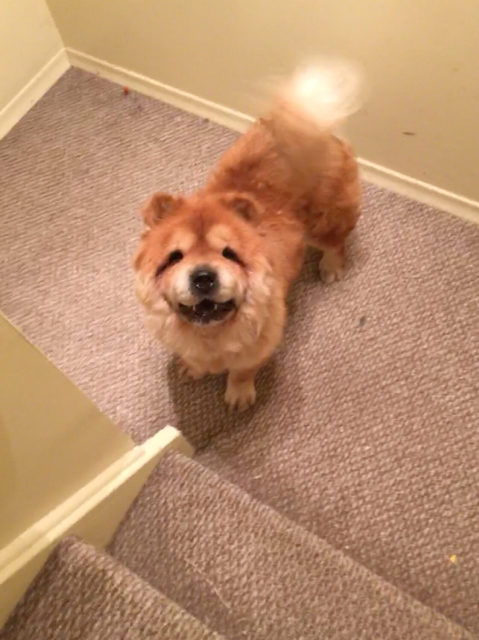 Re: Introducing a new chow, female vs female

Most will say its not a good idea due to female dominance.
I've witnessed it to.
I use to have a house with 3 female chows. Chow Mein, Chow Fun and Chewie

the older ones were ok with the addition, but the young one attempted to assert her dominance, I stepped in and stopped it, showing the youngest that I was the alpha of the pack.
for me this prevented the female dominance within the pack.

And we never had a fight or aggressiveness toward one another.
Chow Mein lived til 14yo, Chow Fun til 16yo and Chewie is still alive and is now 11yo
Chow Mein was replace with Bruin, who just died today @ 11yo
Chow Fun was replaced by Po, alive and 6yo

Chewie and Po romp and play together all

really recommend getting to know your chows temperment first, before adding furry or non-furry to the pack.
Chow's can break a pack, and usually the chow is the one seeking a new home.

Re: Introducing a new chow, female vs female

Male / female is my suggestion. Let your mom keep the other female and you try the male. You do not let them 'fight it out'. You also owe Sinny the safe loving home you brought her in to. Many have tried same gender chows and many have failed. Yes there are many success stories but bloodshed in your home is no way for any of you to live if it doesn't work. If you do choose the male it is up to you to keep him safe. If he is people aggressive then that is a responsibility you can't take lightly. We all know what happens when a dog bites someone. They can pay for it with their life. This is a problem you can work on and is more manageable than two chows fighting in your home though.