We have an 8 year old female Airedale and a 3 year old Male Chow. The Airedale is very small, same size as the Chow. We are experienced Chow owners of 30 years and this is our 5th Chow in that time. I would like to add a 3 month old male Chow puppy but I'm worried about having the 2 boys together. We've always had a male and a female. I'm thrilled to have stumbled upon your website! It far outshines the others. Thank you so much!
Top

Short answer is NO. Been there,done that and have the brain damage to show for it. I know others will tell you that they have been/are successful with same gender Chows (especially in countries other than the US) but for me personally...never again. Just my 2 cents.

Well, I guess I will be the 1st one to tell you about a different story/experience then. And, I don't know why it would matter, but none of my chows seem to have known or cared that they were in the US.

Having 2 males can in fact be difficult. It all depends on the circumstances though. I have owned 2 male chows who were both intact, and they got along great. Never once an issue between them. They were protective of each other, and the family. Had no squabbles whatsoever until the older one got a bit cranky (2 year age difference) and had a bit of an arthritic issue that made him grumpy.

Actually, I find mixed gender to be more of an annoyance. Again, they get along fine, but since I show my dogs, they are also both intact (different set of dogs completely). Issue here is that the male is always looking to sniff out the female. Heat season is another issue altogether, but repeatedly scolding the male for checking her out is a bit annoying. Although I can't say that I haven't seen that in other breeds between same gender dogs. I have.

I am actually going to be adding a 3rd dog shortly. It will be another male. I just prefer the temperament. I have no reservations with having 2 males in the same household.

Most times the issue is challenging for 'pack' control. When that is not an issue there are likely no problems. Like people, you can get dogs that just don't like each other, but that is rare. What you see is dogs that feel like they need to challenge for leadership positions. If you are a strong owner that doesn't tolerate those challenges and can properly control the household, then you won't have that.

Dogs are creatures of habit, so be consistent. Feed on schedule, control the resources, and set the boundaries. As an experienced Chow owner, this should be old hat. Properly socialize the dogs to each other and to outside contacts, they will be fine. Teach them what behaviors are acceptable and pleasing to you.

And it probably goes without saying, but I will anyway. Do not show favoritism. Feed them together. Let them out in alternating order if needed (1 first in the morning, the other in the evening). Walk them together if you can and vary who controls the leash. Allow equal play time with human family members. Unless behavior dictates otherwise, don't seclude one over the other when accessing guests.

I am a huge proponent of rewarding positive behavior. I withhold treats until both dogs have gone out and completed 'business' and come back inside. Then they are rewarded for basic dog skill commands (sit, speak, paw). They get rewarded together as a team. I have recently been working on a variation of this with them. If Rory (my male) speaks on command Amber (female) gets the reward. Then Amber needs to give paw on command, and Rory gets the reward. Not sure if they really understand the concept, but I trying to make sure they depend on each other for my approval. They get the repetitions Ok, but I am no certain they really understand why. Interesting in any case.
Top

Rory's dad...I know the US thing isn't 'logical' but after 8 years on this site I have just noticed that posters outside of the US with same genders seem to have less/no issues, whereas numerous US posters have chatted about problems/fighting. Perhaps it is generations of breeding and temperaments that is the difference or perhaps there is no difference at all. Maybe its breeding in general with more backyard and puppy mill breeders in the US? It's just something I have noticed on here over the years.

I raised two males together that over the years went from a couple of squabbles a year to unbearable fights with injuries that were almost impossible to break up, to having to be kept separate 24/7. I loved them both with all my heart, they were neutered, treated equally, trainers brought in, and they wanted to kill each other. I lived that life for years until divorce separated everyone permanently. I kept one and the ex kept one which broke my heart. It was all unbelievably awful and that is why I will never attempt it again even though I would love to have more than two.

I am certainly no expert, but I can relate my limited experience. I have two male chows for ten years and they are great buddies. They have never had an issue between them. I "adopted" Loki when he was two and a year later Frisco came into our lives. Both are rescues. I never thought it would work which is why I agreed to foster Frisco for a limited time because I thought it was inevitable that two males could not coexist in the same household. Well...they fooled me! They sleep "butt to butt", are great buddies and eat side by side. I can't explain it except by saying each dogs personality is different and I don't think you should generalize. Good luck with whatever you decide. By the way, before getting Frisco we had a femal lab and Loki got along great with her. Sadly she died a year later.
Top

Laura, I certainly didn't intend to discount your experience in the least. Without a doubt your boys behaved the way they did and had the arguments that you described. I just don't feel that is the norm. I am quite certain that there are many success stories with families having same gender Chows living within the household.

And I would agree with your perception that many posts on this forum describe some less than ideal situations. But this is also a site where many come to find answers to problems and post questions to resolve Chow issues, so the posts are likely to be weighted to those that are seeking assistance.

I still see no difference in how male Chows would react to each other whether they were in the US or not. Bottom line it is their home environment and leadership mentality. Sure, once in a while they will just not like each other, and wont get along. But 99% of the time it's based on training and structure within the group.
Top

I have two boys (from the same litter) and if I had to do it again...I wouldn't.
I did not investigate this ahead of time. I wouldn't trade them for the world, but it was definitely tough.
Top

we had six at one time. the parents and 2 male pups and 2 female pups. we kept the father away from them as the mom showed aggression toward him as he tried to near. He could've killed everyone if he wanted but for whatever law of the jungle he respected her request and didn't force the issue.
They all got along great as pups, running playing, etc., all the time supervised by their mom. But, at 6 months all hell broke loose! Males trying to kill each other and yes they had been neutered, The females went at it too. So they were paired off and never allowed to mingle off-leash. They could tolerate each other pair while being handled by us but we never left them alone in a group again.
Could we have tried to force the situation and make them work it out? Yeah probably but why? Why allow them to hurt each other?
Funny thing though when older and each other's mate had passed the remaining male and female lived together. They had a few moments but got along ok.
Top

I have to agree with Laura, I think boys together is asking for trouble. If you do decide to get a male consider what you will do if there is a problem. Are you going to be able to let one go to another home? Are you willing to keep them separated if you decide to keep both?


Good luck with the new puppy! 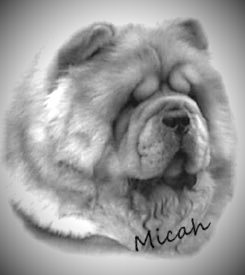